Grants, loans and other programs 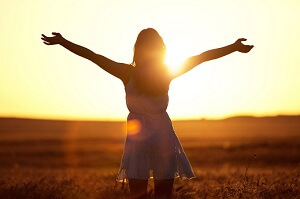 After decades of neglect (or outright hostility), governments from local to Federal levels have begun to embrace solar power.

The offering of tax credits and rebates has incentivized the installation of solar panels, and as the technology has become more popular, economies of scale have resulted in a previously expensive technology becoming a comparatively inexpensive commonplace.

The solar Investment Tax Credit (ITC) introduced in 2005 and extended in 2008 and 2015 offers a 30% tax credit for the year during which the system is installed, provided the system is Energy Star-approved and installed before 2019.

This allows households to reduce their tax payment by 30% of the price they paid for their solar installations.

There are restrictions; the credit cannot be claimed on rental properties (though a prorated credit is available for owners living at a rental property for part of the year), nor can an amount in excess of your tax bill be claimed (a $3,000 tax credit on a $1,000 tax bill will not net you a $2,000 refund).

The table below shows some example scenarios:

As with a number of other energy credits — including Federal tax credits for fuel cells, wind energy, geothermal pumps, and solar water heating — the tax credits offered for solar energy sunset on December 31, 2019. On that date, the 30% residential tax credit expires. After that the residential tax drops to 26% in 2020, 20% in 2021, and then to 0%.

That makes it vital to start planning now in order to take advantage of these rebates and tax breaks while they’re still available.

The tax and regulatory climate varies greatly from one state to the next. Sometimes the results of this are predictable; West Virginia and North Dakota, with their economies heavily reliant on fossil fuel extraction, offer very few tax incentives for solar, while other states with sunshine to spare or a more tolerant attitude toward alternative energy — like California and Minnesota — provide several options.

Of course, there are outliers; sunny Hawaii offers far fewer incentives than oil-rich and conservative Texas, which offers dozens.

Learn more about solar schemes in your state

While not nearly as common as tax breaks and grants offered at state and Federal levels, some municipalities offer incentives and tax breaks for residential solar installation and use.

In Colorado alone (to cite just one example), the cities of Aspen, Boulder and Denver and the counties of Boulder and Pitkin offer credits and rebate programs for residential solar installation.

At both state and local levels, a bit of research goes a long way in getting the most value for your money.

Grants, Loans and Other Programs

A variety of programs are offered through utility companies, solar panel manufacturers and installers, and other private enterprises. In some instances, the cost of your solar panels and the installation will be taken on or subsidized by an outside vendor, from whom you lease the equipment.

In other cases, companies receive incentives and savings that they will pass on in part to consumers. Whether taken by themselves or in tandem with local, state or Federal incentives, these programs can further lower the barrier of entry to solar power.

The Hidden Incentives for Solar

Perhaps you’re skeptical of solar regardless of the tax incentives or environmental benefits it can bring. We’ll leave you with one last thought that can be a powerful motivation: profit.

Your local utility company may offer a utility audit that can track your family’s energy use and make suggestions on how it can be improved through better insulation, energy-efficient appliances, and close attention paid to how you’re using your appliances.

Combine that with an assessment of your home’s solar capacity (especially the square footage available for solar cells), and you may be surprised to find that solar power is capable of not just meeting, but exceeding, the day-to-day power needs of your household. When that happens, you may well be in a position to sell your excess electricity back to your utility company. In other words, not only can solar pay for itself, you may also turn a small profit.

While some look to solar in order to keep electric bills down, others are motivated by the environmental impact of the most popular forms of power generation. Coal-fired and oil-fired plants release enormous amounts of CO2 and other pollutants.

While not relying on the burning of fossil fuels, nuclear power plants leave behind waste that’s difficult to dispose of. Wind energy, while clean, often brings with it wind farms that some find to be an eyesore or a noise pollutant.

Like taxes, the price of energy seems to rise continuously. A constellation of factors seems to conspire to send our electric bills to stratospheric heights. Prices of coal and crude can spike unexpectedly, while refinery capacity, mining disasters, regulatory unpredictability and geopolitical instability wreak havoc on energy markets.

Solar energy is an environmentally responsible alternative to fossil fuels, while also acting as a hedge against market instability, price spikes, and the high utility bills they bring with them.

With some commonsense comparison shopping among solar panel providers and a keen eye for rebates and tax incentives, it’s easier than it’s ever been to take advantage of clean, inexpensive solar energy. Not only can you lower your utility bill, you may also find that you turn a profit.

Switch to Solar and Save

Solar panels can reduce your electricity bills to almost zero.

How Much Do Solar Panel Cost?

What Are The Best Solar Panels?

How Do Solar Tax Credits Work?

How Efficient Are Solar Panels?

Thousands of people use The Eco Experts to find accredited suppliers and installers. If you are interested in becoming part of our supplier network please get in touch, we would love to hear from you.